Hi my friends from #VitaIsland!

It’s December 2018, and we are getting some great releases on our Vitas!

The Persona Dancing titles are already available on PSN, and today I would like to present you an interview that I had with Indie developer kFunction about their upcoming title Scintillatron 4096 – enjoy!

thanks for taking your time for this interview, here my questions:

How did you come up with the idea of Scintillatron 4096?

CP: Originally as an experiment into whether we could build decent controls on touch screen for a twin stick shooter. The gameplay developed with it’s combo mechanism into a combination of many of our favourite game types including some colour based Japanese shooters, and the love of my gaming life; pinball.

How would you describe its gameplay?

CP: A score attack shooter with a combo mechanism that allows the game to be played simply for low scores but requires significant skill to get the best scores or unlock the trophies. It’s fast, intense, a little bit stressful but extremely satisfying when you get it right! It’s a game intended for competitive and completionist players.

Why do you think it’s a good fit for PS Vita?

CP: It was conceived as a casual mobile game in the first instance, but was just ruined on mobile by touch controls. PS Vita is the dream mobile platform from a controls point of view so it solved that problem for us completely. It’s also a game that it’s possible to drop in and out of when short periods of game time are available, such as while commuting.

I understand that also on Vita the game runs at 60 frames per second, right? Has it been difficult to port the game to Vita?

CP: Yes it almost always achieves 60 fps and this was important, not just because it looks nice but because in such a high speed game the latency time does make a noticable difference to the difficulty. In some cases in the later levels if something crazy happens like a 20 odd chain of mines exploding the game may drop a few frames but everything is so chaotic at this moment that it doesn’t really notice or matter. We know because we had a frame graph logger running but I don’t think real players will really notice. 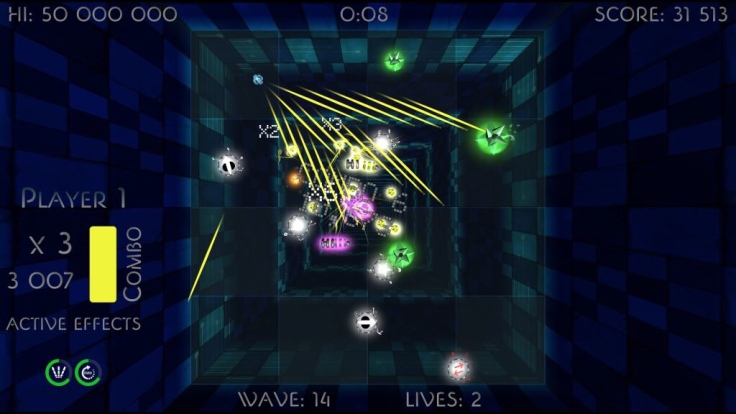 Will the game be PSTV compatible?

CP: Yes we believe so. We have been unable to obtain PSTV test equipment but the game has passed QA on that system and we don’t use any of the controls that make support difficult (touch pad, touch screen etc) so this should be OK. 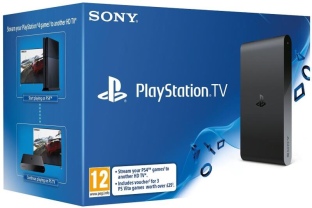 Does Scintillatron 4096 have online leaderboards?

CP: Yes, and we hope this is a large part of the appeal for the competitive gamer. We actually keep three so you can challenge yourself in different ways. One for the overall high score, requiring all the combo skill and other techniques such as perfect clearance bonuses to achieve a good rank. We keep another leaderboard for the deepest wave that is reached by a player and a final one recording the longest combo. On the PS4 version where two player modes are available we also keep a separate set for when 2 players are playing cooperatively to make things fair. Along with leaderboards there’s 45 trophies that we hope will keep Platinum hunters busy for a while!

From a marketing perspective, do you think it is difficult at this point of time to raise awareness about a Vita game in order to make it a commercial success.

CP: Charlotte looks after the marketing & PR within kFunction and she is currently working hard to increase the visibility for Scintillatron 4096 prior to launch. We have been pleasantly surprised by the community who are ambassadors for the Vita console. It’s still early days but our announcement was met with such enthusiasm that we’re really optimistic things will go well. We have had to modify our marketing objectives to consider the Vita market but it would be the same for any console or launch. Visibility is a daunting thought for indie devs but we really love the way the game plays on the console and truly believe that others will love it too. We are learning as we go and the support from fellow indie devs, bloggers and of course Vita enthusiasts has been incredible!

The game will also release on PS4, will it be cross buy and/or cross save?

CP: Cross-buy yes. This seemed like a fair thing to do and I’ve always liked it when I find a game just pops up on my Vita when I bought it on PS4. Cross save we have not done. The only thing that actually saves are the local high score tables. Despite our best efforts to make the PS4 and PS Vita versions comparable in difficulty there’s no doubt that playing on a 60” screen is a little easier than on a 5” one so I don’t think sharing scores between the 2 platforms would have been fair.

How many people worked on Scintillatron 4096? Do you want to present us kFunction?

CP: The development team was just 2 people, myself (Chris Pritchard) and Roch Gadsdon. I made the original touch screen prototypes and came up with the basics of the game mechanics while Roch was working on another prototype. Since we decided that we were going to commercialise Scintillatron 4096 we have pooled our efforts to make it happen and make it as good as it can be. Charlotte joined us a few months ago in an official capacity to handle the marketing efforts, though she’s really been helping for much longer than that. In fact she can be credited with naming the game in the first place. I won’t mention what the previous working title was…

What’s coming next for you after the release? A new game? Some holidays?

CP: We’ll definitely get a holiday in at some point! We have several other game prototypes to assess and possibly move forward on, but our decision will really be influenced by the reception to Scintillatron 4096. If it turns out that there’s a hunger for this style of game we have some ideas for others in a similar vein. We also might want to explore marketing the game in the Far East.

Do you know what VitaIsland refers to?

CP: I know the original – and now slightly controversial – Kinda Funny origin of the meme though it does seem to me to now represent the community of PS Vita users who feel the machine is under supported and I’d agree with them. 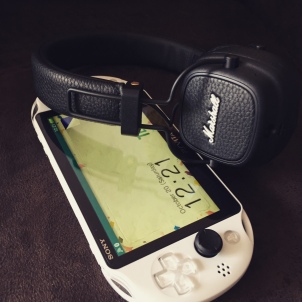 What do you want to tell the Vita community?

CP: That I hope they like the game. If it is well received and supported we’d love to continue bringing titles to the machine as long as there’s an appetite for them.

Thanks, Chris, for this interview! We wish you a great launch on VitaIsland!

Scintillatron 4096 releases December 18th on PSN (no physical copies planned) – hope to see you on the Leaderboards! 😉

2 new physical games have been announced and will both be available to preorder on December 13th:

You can preorder it: here 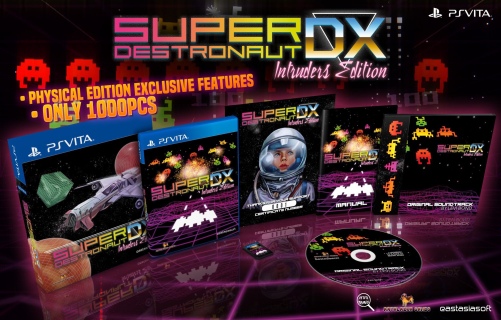 Comes with new modes and new trophies, which seem to be exclusive to this physical copy.

One of those new modes is TATE mode:

I have played the digital version already and liked it a lot, besides the easy platinum trophy. So, new modes and more trophies sounds promising!

I asked Ratalaika Games kindly to share a TATE modus video with us, and he with so nice to do so: https://youtu.be/Rab67oz_oFo

You can preorder it: here

I asked for this on Twitter like a hundred times, so I guess I will have to pick up a copy 😀

Already own it digitally – and it’s an awesome game!

Preorders open this week on 14th December – all preorders receive for free a Darkest Dungeon coin.

Standard copies will also be available for 34.99 €.

You can preorder them: here

Hope you are all having a great December!